Yes, you can create your very own nail color from an old eye shadow. This is not new but it’s my first time trying it..! So I’m pretty excited ’bout it actually!! \(^_^)/ 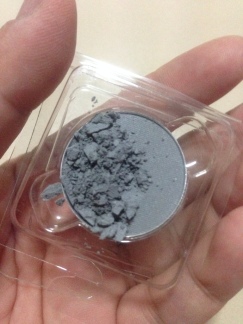 Here’s my unwanted eye shadow! Sorry, I started smashing them half way and realize I should take a pic of them first before they turn into powder! This eye shadow was previously from one of the sample box but because I don’t really use an eye shadow so I decided to sacrifices it!

If you ask me, I would advise you to chop them finer! Coarse pieces might be difficult to blend them to your clear nail polish! YES, of course you need a clear polish to mix your eye shadow! Else how do you get your personalized nail polish color!?

After chopping them, smashing them, pounding them, you can get ready your clear polish and ……………

I used a unwanted plastic sheet to act as my funnel! I wouldn’t want to dirty my space with my clumsy hands – pouring eye shadow everywhere but inside the bottle! T_T

I started by pouring half the eye shadow amount and SHAKE well! 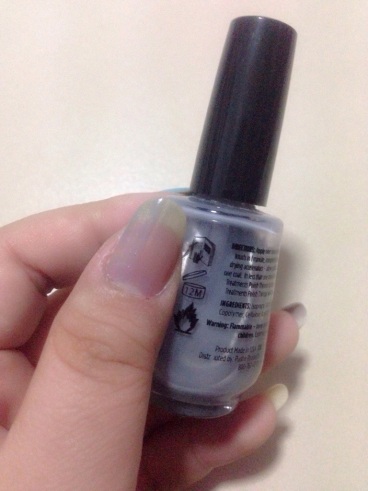 Here’s my grey polish! It looks a bit sheer but it kinda get me excited!!

See!! Without my funnel, it became this mess when I pour in my 2nd half of my eye shadow. 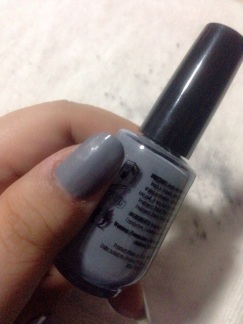 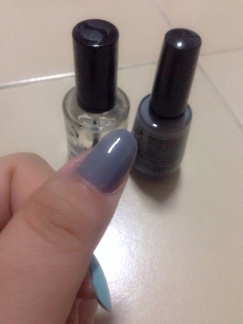 Now with my whole eye shadow in the clear polish, it became more opaque!

For I-don’t-know-what reason, my nail polish turns our MATTE! hahahaha! I believe could be the “powder” that I poured in causing the texture changed. Oh well, doesn’t matter, since I can have it gloss again with my Seche Vite! V(^_^)V 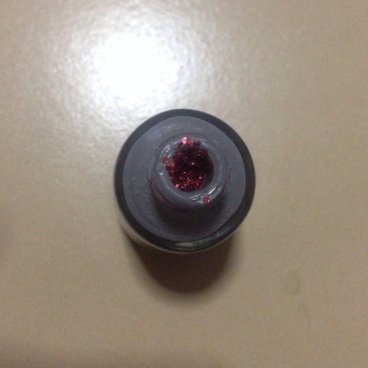 After looking at it for a while, I started to think it looks a bit plain and maybe I should add some glitter (like some indie brand!) Yes, I throw in my pink glitters and… 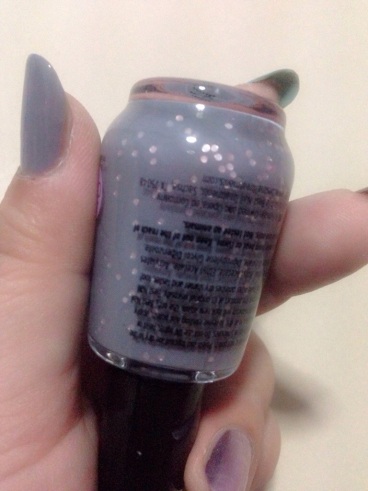 See…! My pink glitter grey polish!! ………. actually.. it turns out to be silver glitter! Because my pink glitter color run!!! oh faint~ 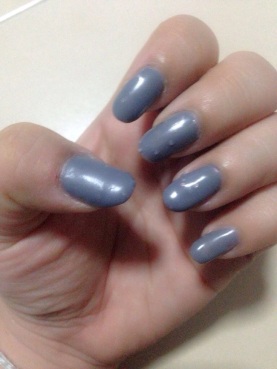